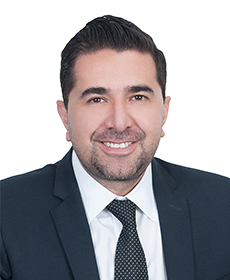 Experience: Julio Aparicio demonstrates extensive experience in banking and corporate matters, especially regarding credit structures with local and foreign parties. During his professional practice he has advised several operations, such as for example the structuring of syndicated loans, the establishment of guarantee trusts and debt service, such as asset securitization. He has participated in several acquisitions and mergers of companies, both in the banking and the commercial fields.

He has also advised companies and private clients, organizing corporate structures and personal assets, both in the local territory and outside. He has advised on franchise contracts of several fast food restaurants in Central America and the Dominican Republic.

Education: Graduated in Legal Sciences, Attorney and Notary at the University Francisco Marroquín in Guatemala.

In addition, he has participated in several congresses, courses and seminars given by different national and international institutions, obtaining diplomas in corporate law, international contracts and mercantile and civil matters.

During the months of June 2015 to December 2015, Julio Aparicio advised a fund in Ohio, USA, in acquiring a company that builds towers for telephone operators in Central and South America. The transaction was concluded at the amount of US $ 125,000,000.00. The consultancy consisted of creating the legal structure, necessary for the fund to acquire 44% of the shares of the parent company. The advise also included the modification and termination of several trust contracts in all the Central American countries, in which the company had operations.